Sunday we went to the gorgeous Cicada Club to celebrate our anniversary a little bit early.  Hey, when you’ve been married 14 years you deserve to celebrate.  The lineup was special at the club.  Dean Mora and his Orchestra were doing a tribute to the Cocoanut Grove.  I love Dean Mora, his bands are the best, so we made plans.  Unfortunately, Saturday came along and I had been boxed in the noggin by the flu.  Ugh!  Not this weekend!  But nothing was going to stop me from going. 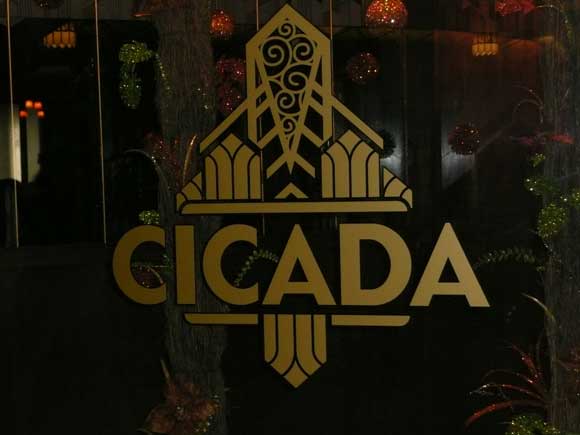 Well, I didn’t have the best time.  And it was by no means the club’s fault.  I was miserable.  Achy, shivering, and just run down.  We had dinner reservations so I ordered the special lentil soup, which was great on my sore throat, but of the yummy chicken Kiev and chocolate molten cake, I had but a few bites.  I was just too out of sorts.  I felt so guilty wasting such good food!  But enough about crabby old me, now about Maxwell Demille’s Cicada Club. 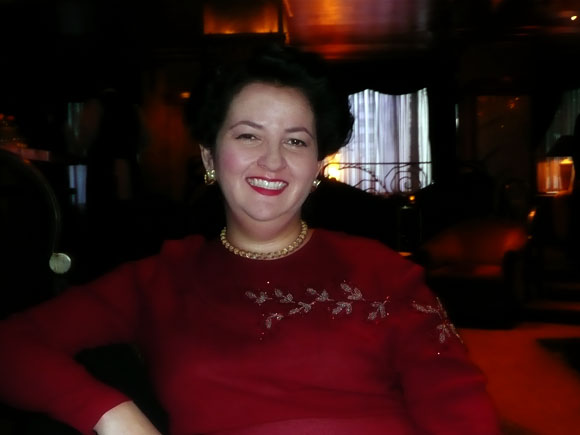 Looking pasty and wishing I had another Sidecar.
The club is gorgeous.  On the ground floor of the 1928 Oviatt Building, the structure originally housed a department store.  But this was no ordinary department store, not with Lalique glass incorporated into the lobby. 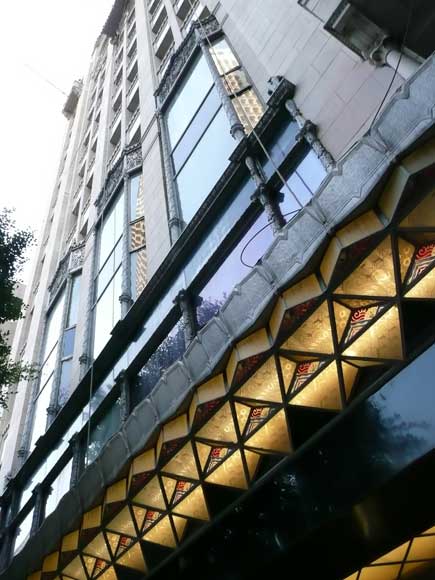 The inside is just as dreamy.  Rich, carved woods give it a warm atmosphere.  It is well preserved and shows its age very little.  Most Sundays of the month, this little gem is transformed into Maxwell Demille’s Cicada Club. 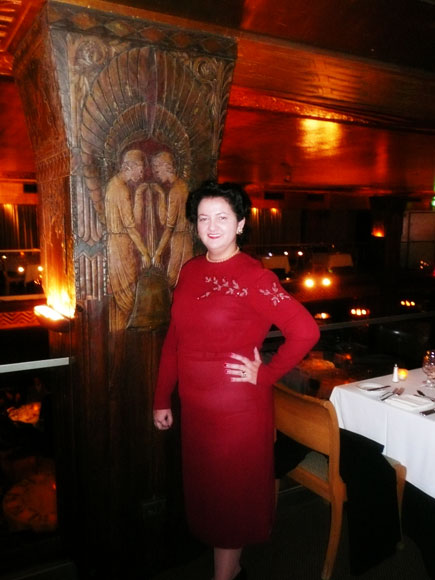 Now this evening was billed as Maxwell Demille’s annual 39th birthday party.  I should start celebrating those.  In addition to Dean Mora, it had a list a mile long of other guest entertainers.  But can I tell you how great they were?  Nope.  I finally just gave out – I had to crawl into bed and hope my flu would be better by morning.  Fortunately, Hubby Dearest loved the place and wants to go back, so I shall hopefully be able to give you a better account next time. So here’s a taste of future visits to come!
SHARE:

TICKET TO THE TWENTIES AT THE WORKMAN TEMPLE HOMESTEAD MUSEUM

This site uses Akismet to reduce spam. Learn how your comment data is processed.